We had a creative writing assignment in elementary school.  It was a simple task:
What is your favorite song and why?

My choice at that time was “When Doves Cry.”
I remember kids making fun of me.  I don’t remember who – kids are kids, and they make fun of other kids.  I remember instead of being sad or upset, I was genuinely perplexed.  “How do you not like that song?” I asked.

*MUFFLED* years later, (meaning a few days ago) my phone went off in the cheery “A message for the princess, R2” Star Wars text tone that I have set if my husband texts me.  I looked down, expecting it to be something like, “What do you want for dinner?”  Or “Ugh this day is going long.”  Instead it simply read one line.

“NO!!!!” my brain screamed.  “NO!!!!!” I typed.  I followed it up with six more noes, just because the only thing I could do was punch buttons on my phone.  I was terrified to go to Facebook and see if he was right.  I typed, “Hoax?” knowing it wasn’t.  Knowing he wouldn’t have told me that without a good resource.

I went to Facebook.  It was covered in purple and exploded in grief.

“I don’t know who Prince is,” my mother blandly told me over the telephone.  I sighed, knowing she wouldn’t understand my sadness, and therefore dismiss it.  “Prince,” I said, “was an icon of Generation X.  He was an AMAZING musician, songwriter, singer, performer . . . . a kind soul and an eccentric man who inspired and touched everyone who loved his music.  He was one of the good ones.  We have lost a great man, and I am extremely sad.”

I read about someone’s grandmother dying recently on FB.  I felt sorry for that person, sent my condolences, and forgot about it.  Now, mention the Hunger Games books/movies, and I will instantly start crying about *SPOILER*, and I’m still not over *SPOILER* on Arrow last week, or *SPOILER* on Dexter, or *SPOILER* *SPOILER* or *SPOILER* on Battlestar Galactica.  And don’t even get me started on Doctor Who.

Safe to say I bury myself in fictional worlds.

Anyway, when a fictional character or celebrity we’ve never met dies, our brains go through the very same grief cycle as it would for someone in our real life: denial, anger, bargaining, depression, and acceptance.  We’ve lost someone we know very well, and we like a lot (or at least are interested in their lives) and we’ll never know anything about them again.  And while a celebrity is a real person, they are like a fictional character we’ve created in our minds.  We’re not friends with them – but we imagine what they would be like in real life.

Plus, today, we are closer to celebrities than ever before.  Just across the phone screen, they are posting about their everyday lives – sharing pictures of their backstage adventures, tweeting exactly what goes on in their brains at that moment, shared instantly to the planet.

Mashable: 10 Prince tweets that prove he was the ultimate original

Celebrities could react to Prince’s death and tweet immediately what they felt.  We’ve never had a time in our human existence where we were THAT CLOSE to what goes on in someone so unreachable’s mind.

And there is such symbolism we can hang on to from Prince.  Who here has worn purple this week in honor of the royal one?  *raises hand*  Prince himself created an unpronounceable symbol that defined his identity when his record company trademarked his name and refused to let him use it.

I am super-curious to see if this beautiful symbol that melds the feminine and masculine with a dash of love and sexuality and eccentricity takes on its own life and becomes a symbol for something else.

Music is the soundtrack for our lives, and Prince had a hell of a lot of music out there for us to listen to over the years.  Not only that, he wrote stuff we didn’t even know he’d written:
– “Stand Back” for Stevie Nicks
– “Jungle Love” for The Time
– “The Glamorous Life” for Sheila E.
– “I Feel For You” for Chaka Khan
– “Sugar Walls” for Sheena Easton
– “Round and Round” for Tevin Campbell
– “Manic Monday” for The Bangles

and I think everyone knows this one . . .
– “Nothing Compares 2 U” for Sinead O’Connor

He even wrote a song for Kenny Rogers.

When I say music is the soundtrack for our lives, sometimes some music is the soundtrack for a generation – or a society.  The Vietnam conflict certainly had its own soundtrack.  And any 50’s pop tune invokes images of poodle skirts and saddle shoes.  Studies show (although it’s pretty much common knowledge that) popular music has nostalgic properties.  Music has the ability to link us with our past and ground us in our present.  When it’s an artist as far-reaching and amazing as Prince, his very identity connects with our past and present.  Someone of this magnitude connects and defines a generation.

The super-interesting-if-not-a-little-scholarly-because-it-IS-a-scholarly-article I’ve linked to in the paragraph above talks about music as a cultural heritage.  Cultural heritage is a combination of physical artifacts such as art, books, even buildings – and intangible items such as folklore, language, traditions, and knowledge.  It is the legacy of a group or society.  Music – especially post 1945-music, according to this study, firmly fits within the definition of cultural heritage – along with other forms of media, such as tv and movies.  I’m yoinking this quote straight from the paper because I can’t write it better myself.  Music audiences now see popular music “as a key element in their collective cultural awareness and a major contributor to their generational identity.”

Losing Prince is losing a part of ourselves.

But we can grieve together.

We can meet in groups and sing together.

We can light buildings in cities in his honor.

We can sit in silence for a moment and reflect on the music . . . the words . . . the messages this man left us.

A world of never ending happiness
You can always see the sun, day or night”

“Making love and music’s the only things worth fighting for.”
– New Power Generation

No one ever will. 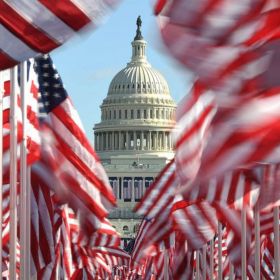 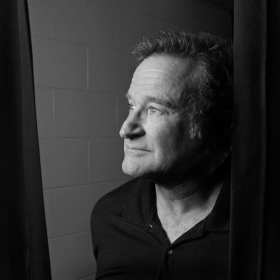