I wrote an article to submit for a freelancing writing position, and liked it so much I decided to post it here.  It’s all Media-Psychology-y, and I thought you guys would like it.

Why We Love Bad Guys Being Good

(Another Rise of the Anti-Hero Article)

So an interesting thing has happened with our protagonists lately. They have flaws.  Like, lots and lots of flaws. Most recently, the movie Suicide Squad focuses on really really bad guys who have killed multiple people.  The current version of Superman has made mistakes and questioned himself and his motivations, while the world seems partly scared of him. Guardians of the Galaxy features bounty hunters and thieves who are arrested at the beginning of the story. The latest Avengers tale begins with a mistake made by the “good guys” that leads to many of them being treated as bad guys.  In fact, it’s recently been confirmed in the cinematic universe that Steve Rogers is no longer Captain America, leaving the possibility he might swing into anti-hero territory.  Why are moviegoers so excited to see bad guys doing good things?   Great question.

It’s safe to say that this decade has not been entirely pleasant for the average American. Wages continue to stay at low levels and underemployed workers still struggle to make ends meet. Overall, Americans are reporting lower levels of happiness and life satisfaction than ever. The overall theme is that we keep struggling and struggling, and get nowhere.

Enter the anti-hero: someone who bucks the system – but for a good reason. Sure, Walter White is breaking the law by making meth in Breaking Bad, but he DESERVES something good to happen to him. He’s played the game for a long time, and still his family (and his health) suffer. The bad deeds outweigh the results. Yes, Harley Quinn has killed a lot of people – but she has the grit and gall to help save the world. Of course Deadpool is all too happy to brutally murder bad guys in cold blood and spell out words with their corpses, but they deserved it, and it was kinda funny. Especially when he used a severed head to dot an “i.”

If you haven’t seen the movie, trust me on this one. It was flippin’ hysterical.

Who hasn’t been sitting at a desk or standing at a counter with a boring-thankless-unappreciative job and wanted to start flipping over desks and tables and start shrieking to “TAKE THIS JOB AND SHOVE IT” while proudly strutting towards the door? Who here has actually done that? *raises hand*

Ok, I didn’t flip a table, but I did leave a file drawer open and disrupt some gravel in the driveway when I left.

The point is, our brains are wired on a very simple reward system. We do stuff for end goals that ping our brain to release little spurts of chemicals that make us feel good. (Dopamine, Oxytocin, Serotonin, and Endorphins to be exact.) This causes us to repeat the behavior, and strive for higher and higher goals, with real-world results. Work hard to get an education, we get a job we like in our field. PING! Do good at the job, get a raise. PING! Get promoted. PING! Save money and go out to dinner and a movie. PING PING! New car – PING PING PING!

You get the idea.

But the problem is, we as a nation aren’t getting our reward centers activated. We work hard, only to get downsized. Raises are few and far between, and more often than not, many people have seen their paychecks shrink while bills increase. These are tough times – everyone can agree on that. But our brains still desire rewards, so we look for them in other places. Sometimes, in horrible places like substance abuse. Oftentimes, we turn to entertainment – like video games and movies. One of the reasons video games continue to increase in popularity could be that there is a very clear reward system in each game – no matter if it’s simple like Candy Crush or complex like Bioshock Infinite. The player accomplishes a goal and gets a reward. PING!

Characters these days are complex and layered – often dealing with situations and resolutions that fall outside black and white categories into shades of grey. These anti-hero characters have done bad things – sometimes very bad things – but we cheer when they triumph and get rewarded in the end. The end justifies the means. On screen, we can watch our fantasies of bucking a broken system unfold, and the protagonists reap the rewards – PING!

There has to be two setups for the anti-hero scenario to work, however. Number one, the antihero has to be relatable to the viewer. Deadshot and his desire to be a good father is one example. Another would be Star Lord losing his mother at a very young age and never knowing who his father is. Harley Quinn is forced to sleep on a concrete floor and spend her days in an empty cell – and violently punished when she tries to have a little fun by swinging from the bars. These are real non-supernatural problems for human beings, and allow us to empathize and relate to these otherwise unrelatable superbeings.

The second setup has to be that the antihero doesn’t do anything extremely out of the realm of the viewer’s morality. From the moment we enter the story of the anti-hero, their actions have to line up with ours. For example, Suicide Squad can portray Deadshot leaping to a car and slaughtering an onslaught of bad guys because they are transformed under the Enchantress’s spell – no longer human beings, literally faceless monsters. 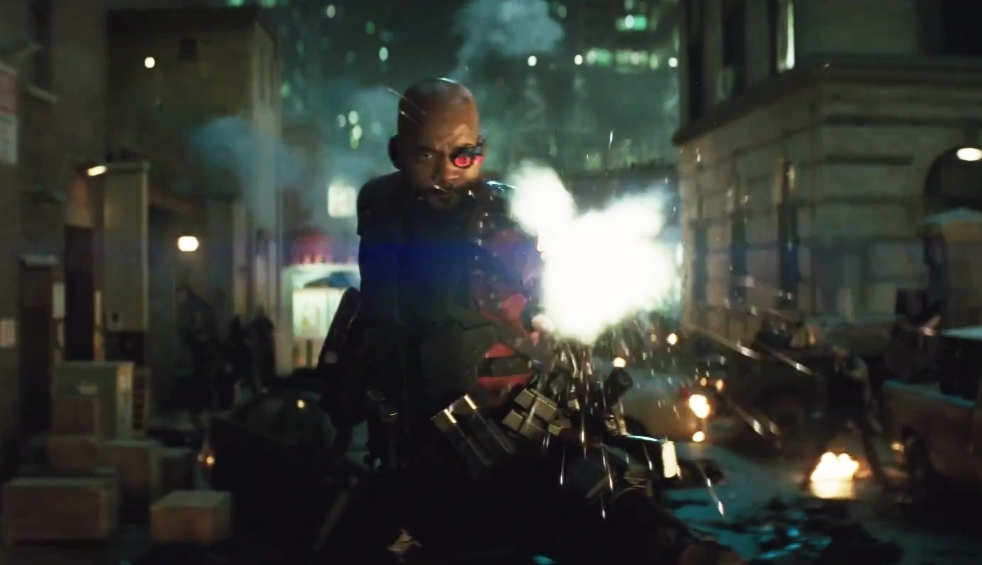 The bad guys are doing bad guy things, but alongside the good guys for good reasons.

More antihero movies are on the horizon. A sequel to Guardians of the Galaxy is scheduled for next year, and several films in the Avengers universe continuing the Civil War storyline are in the works. Wolverine, Deadpool, Black Panther, all have movies coming in 2017. So grab your popcorn and prepare for more PING-ing to your reward centers . . . coming soon to a theater near you.